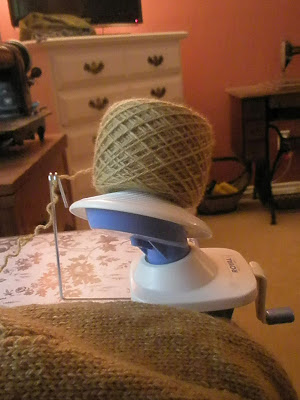 When the first nip of fall hits the air, I know it's time to reassess my WIPs and UFOs and come to some decisions. Anything that was started, but not finished, during the year goes before the court and gets a verdict--finish or frog. Only one project escaped the frog pond this year, and I'm still on the fence about it. It has been a pain since day one, and if I decide to finish it, there will be a hideous amount of seaming in my future. Ordinarily, I would just frog, but since I held the yarn double stranded, ripping will be a bit more complicated, as I need to separate the two strands as I go. This is more effort than I wanted to expend this morning, and led to my decision to give it a temporary reprieve while I further consider its future. 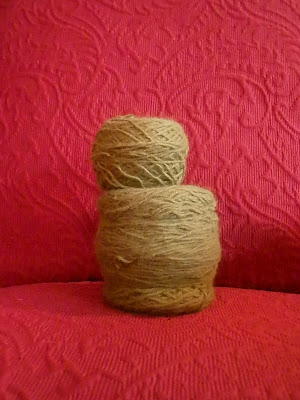 Eve's Ribs was not so fortunate. I still love the design, and the yarn, but I was not enjoying the knitting of it. The pattern was not intuitive for me, and was too much work to be fun. 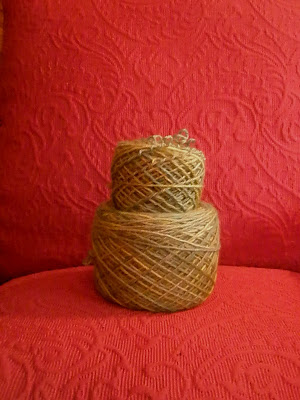 Vera didn't pass muster, either. It was a test knit for a Rav designer, and I'm pleased to report I was able to provide useful feedback on the pattern even though I did not finish it. The yarn was to blame in this case: I used hand dyed yarn, and when I changed skeins halfway through the body, discovered the colors did not match at all. This is not something I can live with, so Vera went on the shelf. She is now no more. 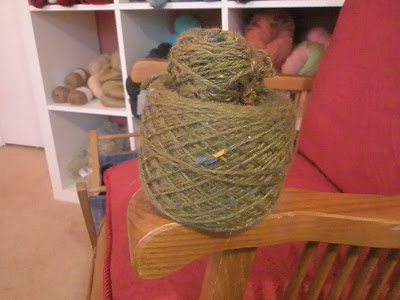 Carter was another test knit. Again, not finished, but I gave good feedback. This is also the pattern that made me realize I don't like test knitting. Too much pressure to finish when you realize you just don't like the design. 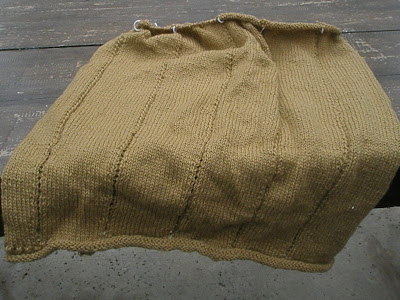 But the project that kicked off the whole shebang was this one. Ill-conceived from the start, I'm not at all surprised it ended up here. The best part is, I now have enough yarn for a sweater I've been considering for a while, but didn't have yarn to knit. 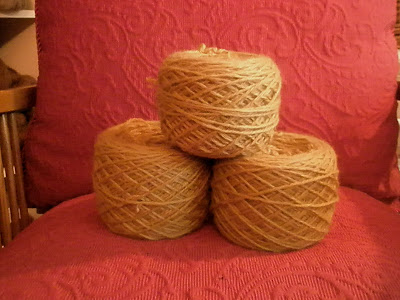 In addition to several sweaters' worth of yarn, I also reclaimed three sets of circular needle tips, five interchangeable cables, three row counters, and innumerable stitch markers. It's like getting a huge package from your favorite yarn shop for free!
Posted by Yarnhog at 8:00 AM

I am happy to hear I am not alone. If I am not wearing a sweater or enjoying it I will frog it at least one time.

That's a good idea. I should just frog some of my sweaters in progress. I don't know why I feel so compelled to finish when I am hating the project. Froggers unite!!!

Oh Gosh! Brave woman! I admit I dumped a huge bag, bin bag, in the recycle at the tip WITHOUT looking in it!