Victory at last! I have recovered the missing camera cable, but not without a lot of drama. I thought I had a solution that would allow me to circumvent the whole cable thing. Sophanne very gently pointed out to me what should have been obvious, which is that there is an SD card in the camera, and I should be able to transfer the images from the card to my computer with the use of a card reader. "Ah ha!" thought I. "I can do better than that! I have a built in card reader in my laptop!" And I eagerly popped the card out of the camera and attempted to fit it in the card reader on the laptop. 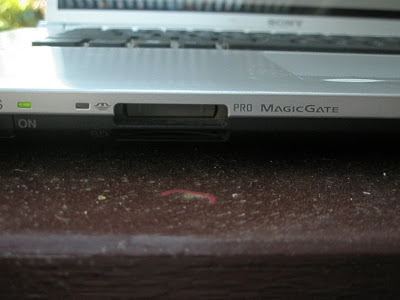 Alas, I was foiled. It seems the card in the camera is an XD card, and the slot in the computer is an SD card, and ne'er the twain shall meet.

"Not to worry," I thought. "I have a separate card reader. I know I do because I remember lending it to Older Son a few months back." Um. Yeah. Is anyone other than me surprised that it was not where it was supposed to be?

Not one to give up that easily, I thought, "Well, if the card doesn't fit the slot, perhaps I can find a cable that fits the camera." And I hied myself off to seek out every single flippin' mini- micro- midget- usb cable in the house. You know what I found out? They're all different, but not one of them fits my camera.

In the meantime, however, I found the missing card reader! 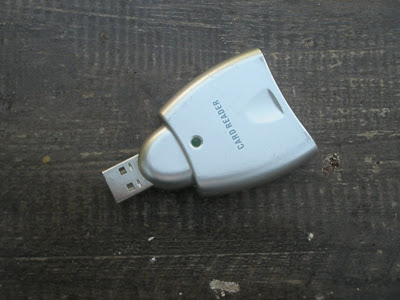 So I happily sat down and attempted to plug in the camera card. Guess what? It didn't fit.

At this point, I'm pretty sure I would have done something truly awful to the male members of the household (I had a whole slew of wonderful ideas), but just then, in waltzed the KH and tossed me the missing camera cable! 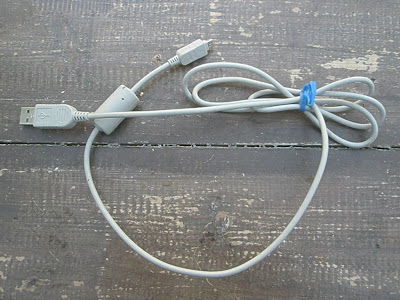 When asked, he eventually allowed it was "on the floor"--and that's all I could get out of him.

But I have my camera cable back, and so I have photo capability once more! Which means I can share with you my latest obsession, The Moorish Mosaic Afghan. This is not a pattern that would have caught my eye, except that I happened to see this version, and it was love at first sight.

I immediately downloaded the pattern and tossed the stash for yarn in the same colors. I have enough suitable yarn in four of the six colors I need, and of course, immediately ordered the other two colors from WEBS. They have not yet arrived, so you will notice a certain repetitiveness in the colors of my first mosaics: 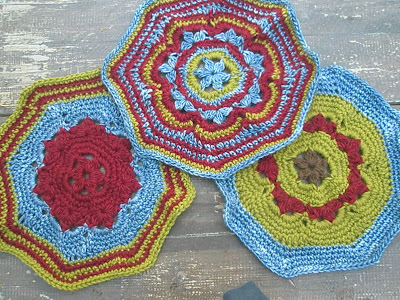 And yes, if it had escaped your notice before, I am sure you now realize that I have crossed over to the dark side once again. This is crochet, not knitting. Or, as I like to think of it, a whole new craft to screw up. That one on the left? That is the third one I made. Somehow it took twice as long as the other two put together. It took three whole episodes of The Tudors to get through, because I think I ripped out a total of about 70 rounds to get this 14 round octagon. (By the way, The Tudors? Awesome. Definitely rated R, so no kids around while you're watching. If you're an Amazon Prime member, it's free to stream in HD!) Come to think of it, The Tudors may have had something to do with the ripping, now that I think about it.

The pattern calls for sport weight yarn (I think), and I am using worsted-ish weights, so my octagons are quite a bit bigger than the originals--about 12 inches across, pre-blocking. The pattern calls for 30 octagons, plus a bunch of squares and triangles that connect them. I suspect that will make a much bigger, heavier throw than I really want, so I may stop at 20 octagons. This will make for a somewhat different look in the end, but I think it will still work.

Now, if I could just get those yellow and orange yarns. I wonder if the mailman has come yet?

Ooooh! I love this pattern and the colors you're using. I recently taught myself to crochet and have been looking for something like this. What yarn are you using?

Crochet goes so much FASTER than knitting - but uses 30% more yarn...