And So He Grows 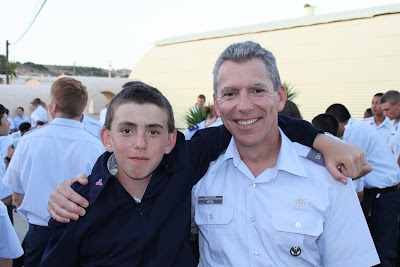 I've mentioned before that the KH and Older Son are in Civil Air Patrol, which is the civilian auxiliary of the U.S. Air Force. The KH was a cadet for several years way back in the 1970s in Ohio, and it was a major life experience for him. Older Son joined the local squadron when he turned 12 last year. Since then, he's participated in many really great events and programs, but last week he took part in the most important CAP cadet experience: Encampment. This is boot camp for CAP cadets, and it is just as tough for them as real boot camp is for new military recruits. We knew he had no idea how tough it was going to be, and we wondered how he would do, and how it would change him. 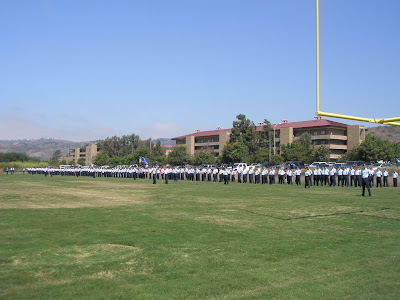 Saturday was graduation day. It was the culmination of a week of 18-hour days, grueling physical training, enforced silence, endless drill, and a wild roller coaster ride of teenage emotions. For Older Son, it was a week of firsts: getting up at 5:00 am; learning to make a bed with military precision; standing perfectly still for hours on end; facing and overcoming seemingly impossible obstacles; eating, sleeping, and peeing on a schedule...and his first shave. Which I missed. For some reason, this one detail represents for me everything he experienced during this intense week of change and growth. 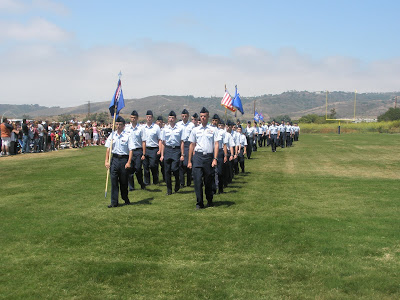 He's only thirteen; I still think of him as my little boy. But at the same time, he's turning into a man before my eyes. Even as he drives me crazy with his messy room, his bizarre, testosterone-driven decisions, and his endless drama of teen angst, he has moments of remarkable maturity, impressive competence, and genuine responsibility. 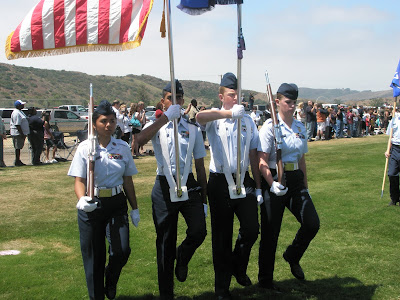 There are brief, shining instants when I see past the little boy he has been and the half-grown adolescent he is to the man he is becoming, and it is inexpressibly poignant.

It is a mother's job to raise adults, not children. Doing her job well renders her obsolete. It will be many years yet before my kids are truly grown and gone, but every now and then I can see the future in my little boy's eyes, and I wonder what sort of man he'll be. Will he be strong and competent and responsible? Will he be compassionate and thoughtful and reliable? Will he be the man I am trying to raise? I don't know; I can only watch and wait and hope. 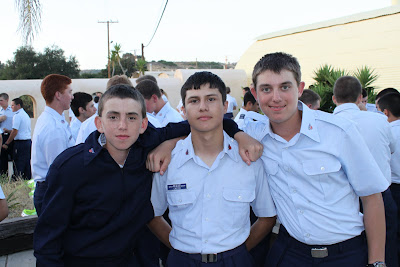 But for now, in this moment, I have never been prouder of him.
Posted by Yarnhog at 10:00 AM

He will be all those things... and more. What a lovely post.

I am smiling for you as if I were a proud aunt. Congratulations.

thanks for making me a little teary. motherhood: it's such a big job!

Beautifully written, Suzanne. Congratulations to all of you!

sigh... tell me about it. Read with a lump in my throat and a tear in my eye.

Congratulations on raising such a fine young man as your son. Please tell him, "thanks for serving!"