If you've been around this blog for a while, you may remember Molly. For the past few years, I've had a bag of her brushed undercoat hanging in a pillowcase in my knitting room closet. Over the weekend, I decided it had been in the closet long enough and began blending it with some combed merino to spin. 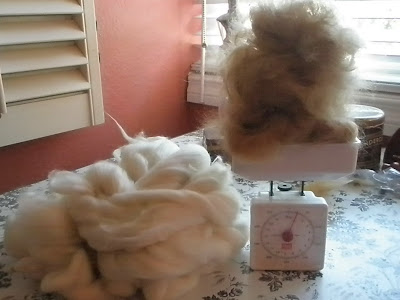 I originally intended to use my new blending hackle, but after a morning of utter frustration, I discovered what more experienced fiber artists already know: a hackle is intended to comb out the shorter fibers (here, the dog hair), leaving only the longer fibers behind to become roving. So a hackle is not the right tool if you want to blend shorter and longer fibers. Duh. 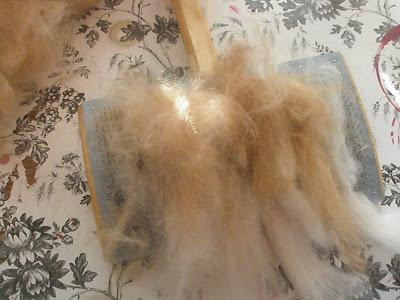 Eventually I switched to my hand cards, and things progressed rapidly from that point. 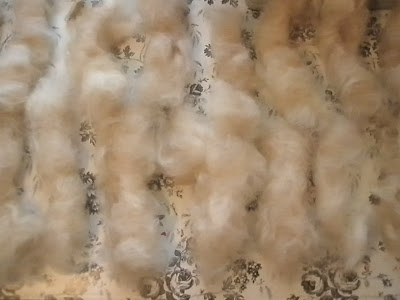 These are my poufy little rolags of fiber, all ready to be spun. 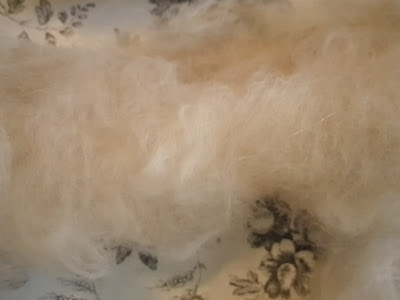 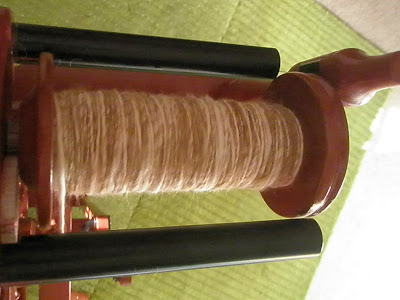 And they spin up pretty easily. I am trying to spin fairly thick singles so I end up with a bulky two-ply to use for a sofa blanket. Evidently, I suck at spinning thicker singles. I haven't seen such lumpy, bumpy yarn since my first attempts at spinning. 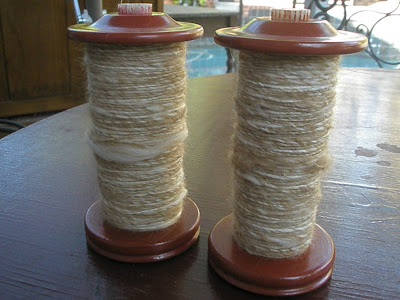 I'm not sweating it, though. It's going to be an afghan, so however the yarn turns out, it will work. I'll just let the end result dictate the pattern I choose. 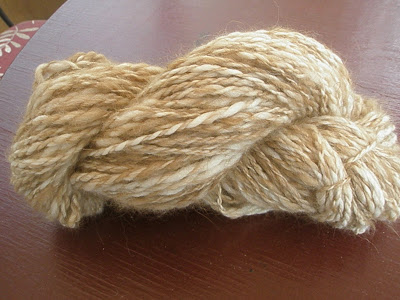 And here is the first skein, all washed and pretty. As you can see, it's a fuzzy, thick and thin yarn. What you can't see is that it is incredibly soft. It feels like angora, only denser. Dog hair is supposed to be about eight times warmer than wool, so I imagine it will make for a very warm blanket!
Posted by Yarnhog at 1:36 PM

Sweet Molly continues to give.