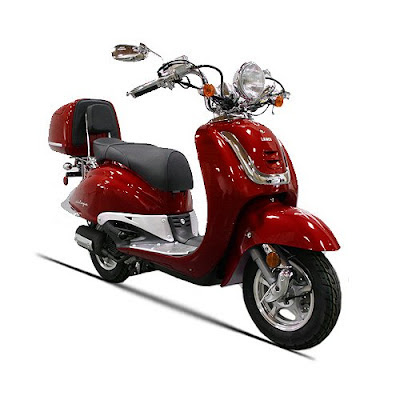 That's sort of the point, really. My actual car is a Ford Expedition. It's ten years old, long since paid off, and the annual registration fees, not to mention the liability-only insurance, are both satisfyingly low. Back when we bought the Expedition, it was a logical choice. We had just had our last baby and we needed a vehicle that could carry a hulking teenager, a toddler seat, a baby seat, two adults, two large dogs, a double stroller, a diaper bag, and all the assorted paraphernalia that goes with having multi-age kids. And waaaaaay back then, gas was well under $2 per gallon, so even the miserable mpg of 12 (twelve!) wasn't much of a deterrent.

The hulking teenager is now almost 23, with his own car and apartment. The toddler is starting middle school and the baby plays tackle football. We don't use car seats or strollers anymore, and with the kids in school all day, there's not much call for a vehicle that seats eight. And with gas at $4.50 a gallon here, we have to take out a home equity loan every time we want to fill the tank. Most of the time, the behemoth is parked in the garage, and my husband and I share a 14 year old Maxima that, despite its crows' feet and age spots, runs beautifully and gets better than twice the gas mileage of the Expedition (and offers the added benefits of no car payment, low registration fees, and liability-only insurance).

But there is the little matter of one car and two people with different schedules and responsibilities. Although it may be hard to imagine for those of you who live in the land of public transportation, there are no buses, streetcars, or subways here. Nada. A car is not just a convenience; it is a necessity. Oh, I suppose I could ride my bike to the grocery store and the library and the bank...if it weren't for the fact that I am lazy and hate riding up hills--and we live in an area with names like "Carmel Mountain" and "Black Mountain" and "Penasquitos Canyon" that are not just for show. And we could probably walk to school and the bus stop, but if I'm honest with myself, that's an extra half hour four times a day that I probably wouldn't make time for, especially before 7:00 am.

And so I am now the tickled-pink owner of the--yes, I'm going to say it--adorable little scooter above! (I considered the powder pink one, just for the novelty value, but deferred to my boys' dignity and went with the red--complete with an extra helmet for a passenger to wear to school.) There are a couple of details to take care of. I was surprised to learn that one needs a motorcycle license to ride a scooter in California. A license I don't technically, um, have. And apparently, my auto liability insurance will not cover me on a scooter (Who knew? I can't see doing more damage on a 250-pound scooter than in a 3000 pound car, but what do I know?) I also have to make space in the garage to park it, which could pose a greater risk to my physical well-being than riding the thing, considering the state of the garage.

But at 70+ miles to the gallon, I have high hopes that I'll be able to make the adjustment to riding instead of driving, at least for most trips. It seems I'm not the only one; motorcycle driving test appointments at the DMV are backed up by four months.
Posted by Yarnhog at 7:26 AM

Awesome! I love it!

I so wish I could get away with that here but the Michigan winters would whoop my butt. We don't have public transportation here either (being the automotive state and all) so I understand the pain of the gas prices.

Although they are coming down here a bit, saw gas yesterday for $3.67. Woo!

Be safe and have fun with your new scooter!

Atta Girl! Love the scooter. I fixed up a new-to-me bicycle for many of the same reasons. Although I have no hills or valleys, nothing but flat in these parts, I do have major distances to consider. :o) I can't pedal the 40 miles (one way) it takes to get to the grocery but I can pedal to the library, mini-mart in the gas station, and the post office!

Totally agree with the no car payments and liability only insurance life style.

That is so Euro & cool! Great choice!

I've been trying to convince Drake for almost a year now to buy one of those! These small trips are killing us on the gas with the minivan and driving him to and from work is getting ridiculous.

How fun! My husband just got a motorcycle for driving/riding around town. 50+ mpg! It's the way to go. (Of course in his case, the gas prices were merely the excuse he's been waiting for all these years.)

How awesome is THAT?!

So, you planning to pull the Eddie Izzard "Ciao!" any time soon?

SO European - you know, where the history comes from.

So cool -- I am jealous. I tried to talk my husband into one for me to ride around the area but he insisted it would not be safe on the rural 2-lane highways here. He is right, darn it.

Be safe, and have fun!

Oh my God Suzanne, I am so excited for you! I had a Vespa in high school and I must say I was bitchin' on that thing, as you will no doubt be on yours...and how cool for a Californian to forgo a car. You are my hero of the week.

Gasp! It's ADORABLE! I think the red is a good choice. Have fun!

oh, that's awesome! Congrats! One of the best things about fuel savings is a bigger yarn budget--at least that's how I feel about it. ;P

SO cool! Congrats! I've always been interested in getting one of those, despite the near misses with them in Rome/Europe.

Can't wait to see a pic with you on it. I wonder what scooter like accessories you can knit...?

whoa, waaaay coool
I want one to! maybe when I get done with school and actually get a job.
Have fun.

what a nice looking scooter. Many people here in my small town are driving golf carts and four wheelers. very strange but efficient.

I'll totally be able to spot you on the road with that cool little number! :)

I love your little scooter! I wish I could get one, although considering the weather in Maine, it wouldn't get much use.

I was just informed yesterday that my uncle has taken up motorcycles again. I suppose I might consider it if I lived there too what with gas prices the way they are (we're at $8/gal). If it weren't for the fact that our summer is short, I might consider it as well. Good luck and drive safely!

Oh it is so pretty! I love the red! Pink is great, but that red is so sharp! Hubby has been talking about getting one too except for the winter months.

Here, you also have to have a motorcycle endoresment to operate a scooter. But not for a moped. And the difference being???

That scooter is SO. Cool!! I'm so jealous! I had a scooter when I was stationed in Germany and I miss it.