All In a Day's Work

There is fiber-related activity going on here, I swear. 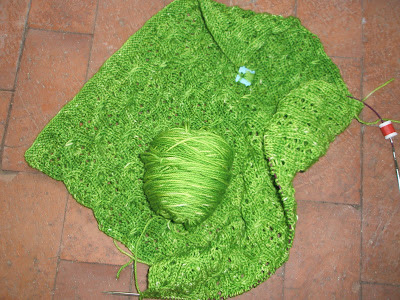 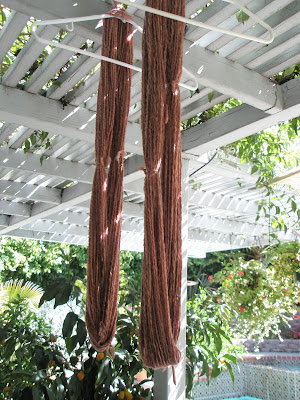 But I may be in sort of a fiber rut at the moment. Progress is happening, but it's the sort of progress that happens while they're installing the pipes and wires in a house--important, but not all that interesting to watch.

I was reading Li's blog this morning, in which she related the story of an embarrassing job interview. She asked if anyone wanted to share a story. I left this comment (below), and now I'm wondering where this falls on the continuum of awful job interview stories. Anyone else want to share?

Most embarrassing experience of my life:

I am a former diplomat. Joining the Foreign Service is a lengthy process which begins with a written exam, and if you pass (which few people do), you get the pleasure of taking an eight hour "oral exam" several months later. If you pass this (and even fewer people do), you have to pass background checks, medical exams, etc., and then you are placed on a waiting list. If you don't get hired within 18 months after that, your name drops off the list.

My oral exam was scheduled for the day after I graduated from college. It was early in the morning and my very first "event" was an hour-long interview with a panel of three senior foreign service officers who looked like they had never cracked a smile between them. I sat with my legs crossed tightly, dressed in a short skirt and uncomfortable heels and was grilled on world events and history and politics and social issues. It did not go well. (At one point, asked what Nelson Mandela's wife's name was, I responded painfully, "Mrs. Mandela".) When they finally, finally released me, I stood to leave, took one step, and discovered abruptly that my foot had gone to sleep. I pitched forward and fell flat on my face in front of all three interviewers. I will never be able to forget staring at the industrial blue speckled carpeting and thinking, "In 20 years, this will be funny, but I don't know how I'm going to get through the next 20 seconds." It was awful. Awful. One of the interviewers came rushing over in horror, one stared at me like I was a particularly repulsive bug, and one laughed. (And I didn't pass the exam that year. I did get hired two years later.) It's been 17 years and it's still not all that funny. Maybe in another three...

I have no such story to share, but if I did it couldn't hold a candle to yours. (btw, it was Winnie, but I bet you know that now)

it does make for a good story, good grief, what a story!

Thank you, just thank you for that!

When the kids at school sit behind the xylophones, sometimes I forget to let them stretch their legs (in my defense I always let them do it if they remind me.) On one particular occasion when I failed to let them stretch one kid had both legs and both feet fall asleep. When he stood up, he fell down and really there was no walking for 3 minutes. Maybe he'll make it into the foreign service.

Ahem....sorry. What a difficult experience that must have been.

What a mortifying moment that must have been!

I love the results of your knitting and spinning.