Oops, I Did It Again (again) 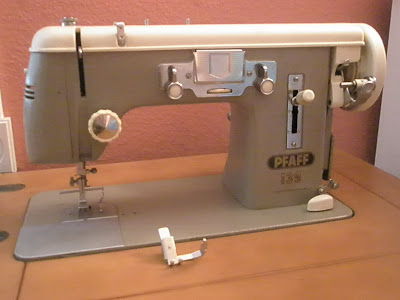 There's no justification for it. Really. I just love these old machines! 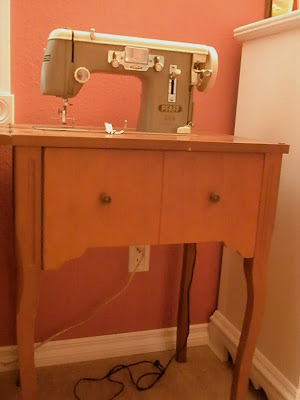 I picked this up this morning. It was posted on craigslist last night and I jumped on it. It's a Pfaff, like the last one I bought, only older and more basic. It only does straight stitch, zigzag, and reverse. I haven't been able to find out a whole lot about this model, except that it wasn't actually made by Pfaff. It was made by another German sewing machine company that Pfaff bought in 1957. Pfaff seems to have put its name on the remaining stock and sold them as the Pfaff 139. There don't seem to be a whole lot of them around. 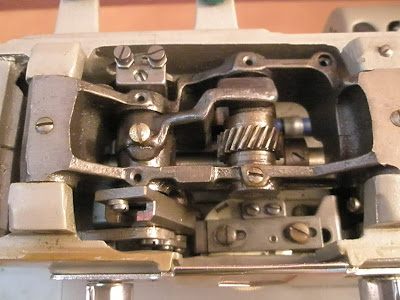 This one belonged to the mother of the guy I bought it from, and he says she used it regularly up until a couple of years ago. It is spotlessly clean on the inside and the handwheel turns like butter, so I think that's probably true. It just needs a new motor belt, which is already on its way to me, and we'll be in business!

Just don't ask me why I need another sewing machine...'k?
Posted by Yarnhog at 1:56 PM

I meant to say- Congratulations on your new purchase.

Oh that one is pretty!
I actually pulled mine out today to make a sun dress for my neice... as soon as I get some more moolah, I think I'll be off to the fabric store for some skirt material!

You're so awesome! I can't even figure out how to put the bobbin case together on my machine. Bet you could have it running in a nanosecond!

Another great machine! Pretty soon, you'll be able to open your own sweatshop! ;)

I'm so tempted to start looking at them on craigslist, but we don't have the room. Which is probably a good thing...

Multiple sewing machines means... sewing parties! When you invite everyone over and they have their own machine to experiment on.

That's also how you bring people over to the dark side of addiction. :)

I suppose it is more useful a collection than, say, canceled stamps.

Enough to open a sweatshop!!!!

I knew there was a reason why one should always go back to the rest of the comments when you comment early on!

(We will not discuss the number of cordless drills in this household. Nor will we ponder the size of my bead stash and its related accoutrements.)

It's a lovely machine.